You have copied the link:
https://www.lapitec.com/en/projects/aria-retreat-spa

Built on a lush green slope, with views directly over the Italian side of Lake Lugano, Air Retreat & SPA is a brand new 5-star luxury hotel set within a 40,000 m2 park, and home to five restaurants and three swimming pools, tennis courts, a fitness centre, a private beach, and a wellness centre of 1,500 m2. Naturally, the 15 suites all come with a view, and are of three types, starting from 51 m2.

The rooms and extensive facilities of the resort are housed in an architectural complex that blends perfectly with the landscape. Inaugurated in the summer of 2021, the structure was designed by R4M Engineering around the concepts of “freedom, light and air”, the motto of the resort. This philosophical approach permeates not only the range of services offered by the hotel, part of the Leading Hotels of The World group, but the building itself, designed by the Milan studio to limit environmental impact and obtain green certifications through the use of technologies, equipment and materials of the highest standards. The solar panels, cutting-edge heating systems, home automation solutions for controlling consumption and, in the interior spaces, the warm wooden surfaces, are joined by a high-performance ventilated facade made from large size Lapitec slabs, a material produced from a mixture of 100% natural minerals, free of any chemical additives, dyes or other petroleum derivatives. 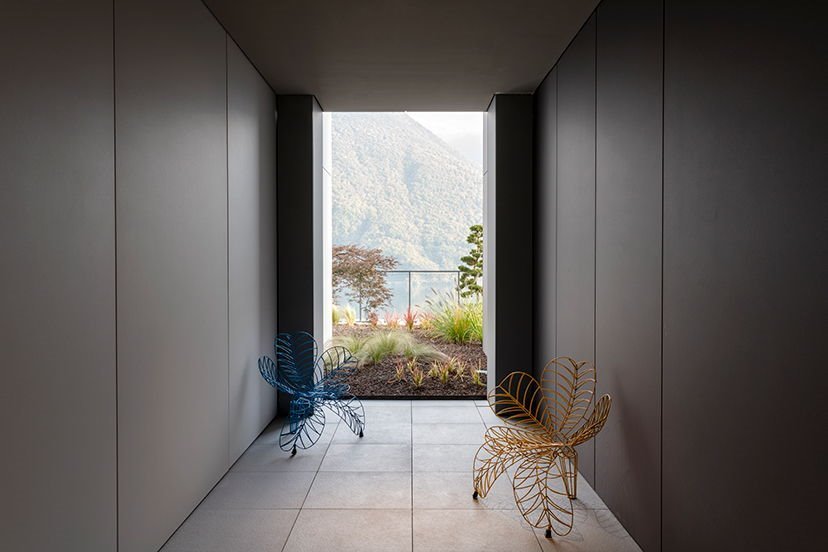 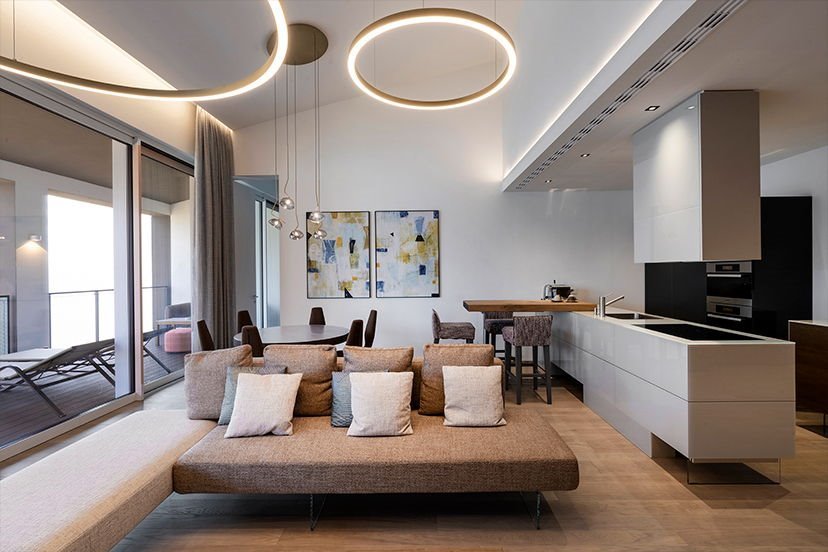 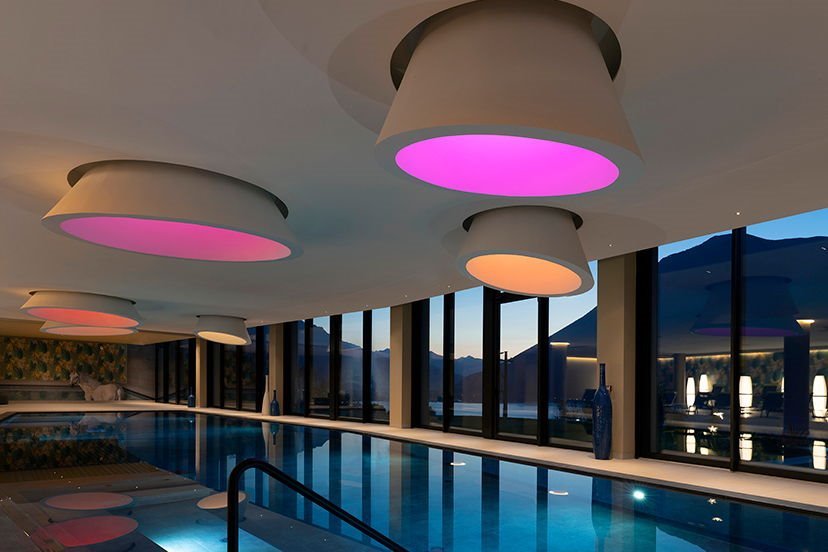 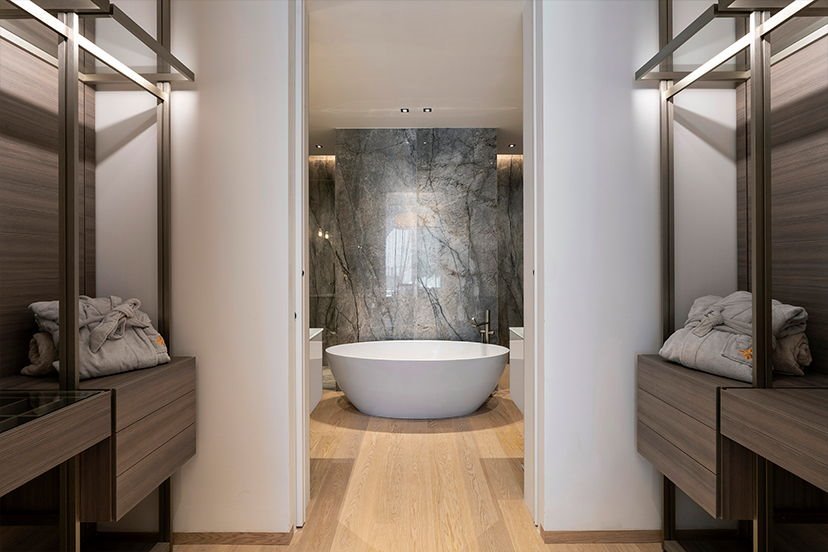 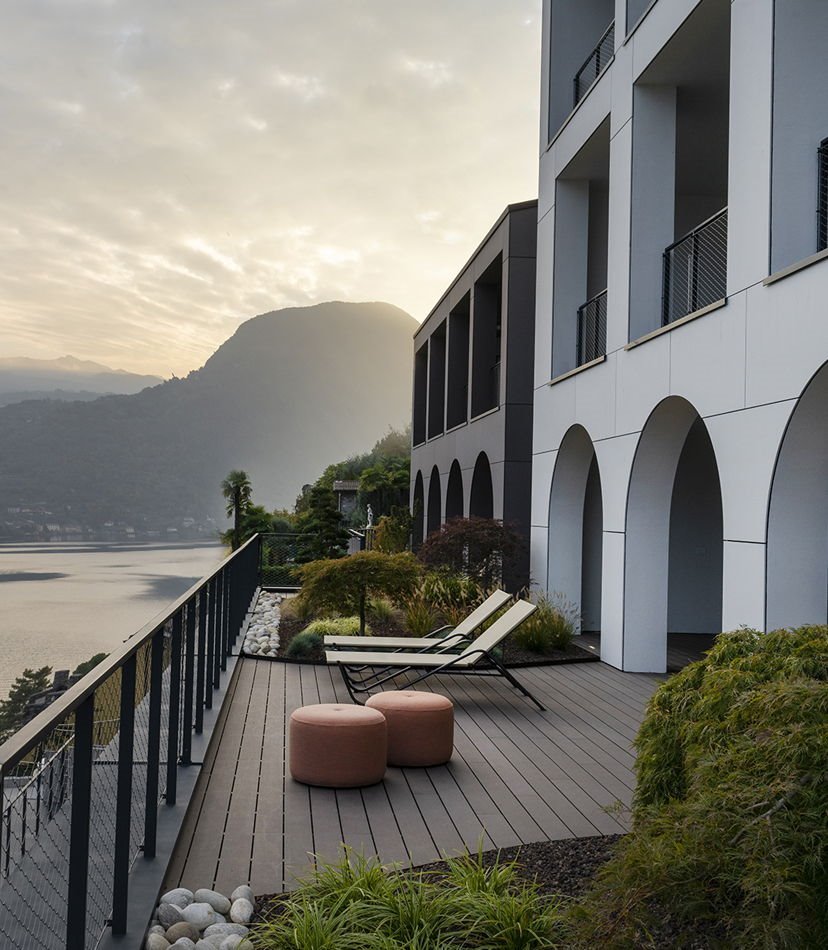 Games of arches and geometries
The central block, with a pitched roof and distributed over three levels, is punctuated by large galleries along the front that play on arched, rectangular and square openings for each floor - all of which is emphasised by the lighting design curated by architect Giorgio Colombo. Here the sintered stone in the Bianco Artico tone and the Lithos finish completely covers the entire volume, with large vertical panels of 150 x 300 cm that extend into smaller elements, with the same aesthetic features, to mark out the bands that delineate the levels. Lapitec has also been used to cover the roof, both in this block and the two adjacent ones, where it also defines the geometric composition of the face of the building, once again punctuated by galleries, and the exterior common areas and SPA, set within the terraces, and made using Lapitec in the Terra Ebano shade and the Lithos finish. In contrast with thelight tone of the central portion, the volumes that flank it on either side are differentiated by the choice of sintered stone in shades of Grigio Cemento and Terra Moca and Lithos finish.

An articulated ensemble
The rear of the hotel embraces its setting by opening up long balconies towards the hill, in a system of open and closed spaces that make up an articulated ensemble, where Lapitec is once again used in the shades of Bianco Artico, Terra Moca, Grigio Cemento and in the Lithos finish. Sintered stone, in the same colours and finishes, is also used to cover some of the interior zones within the prestigious resort: where the pure and essential qualities of the design are enriched by the natural appearance of the material, while the attention of guests is invited towards the lakeside landscape and peaceful contemplation. 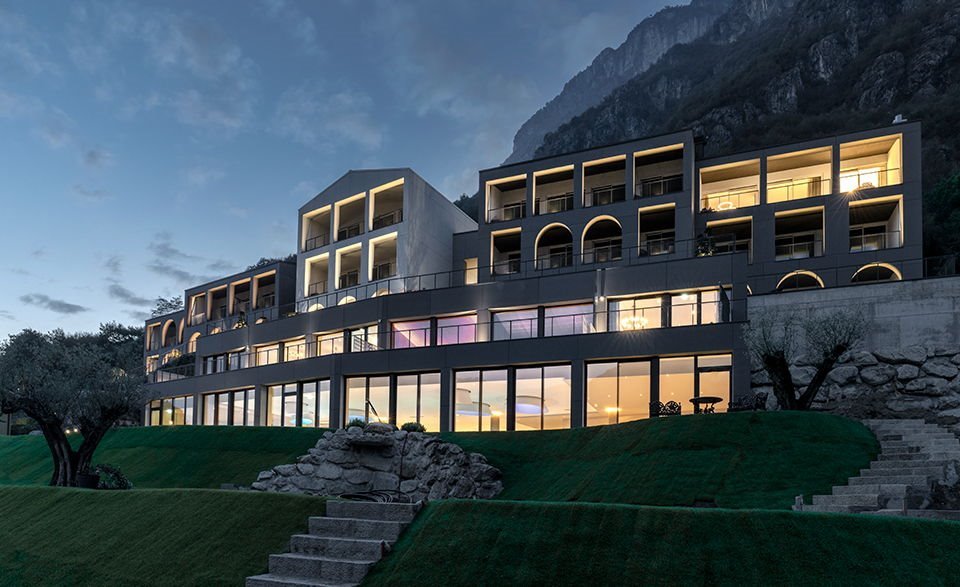 Free of surface porosity, Lapitec does not absorb water, is resistant to changes in temperature and extreme temperatures, and is not susceptible to impact, scratches or damage, making it an ideal material for both vertical and horizontal surfaces in outdoor contexts. 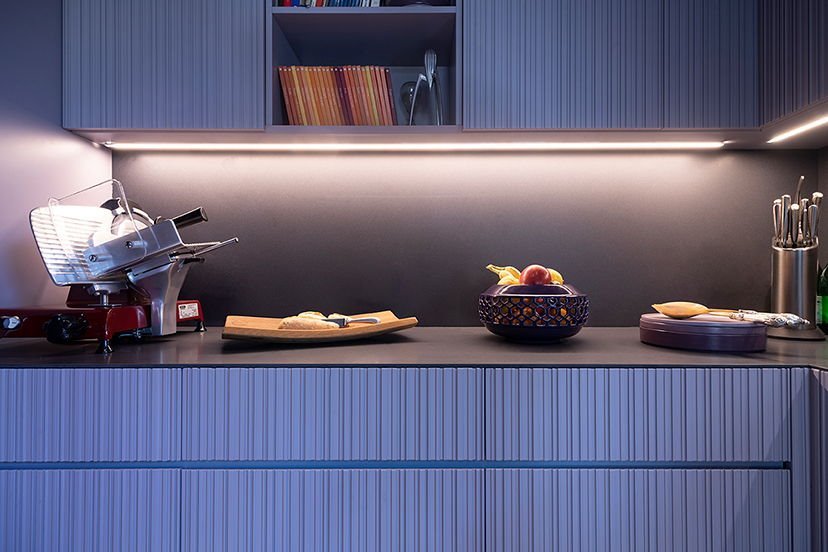